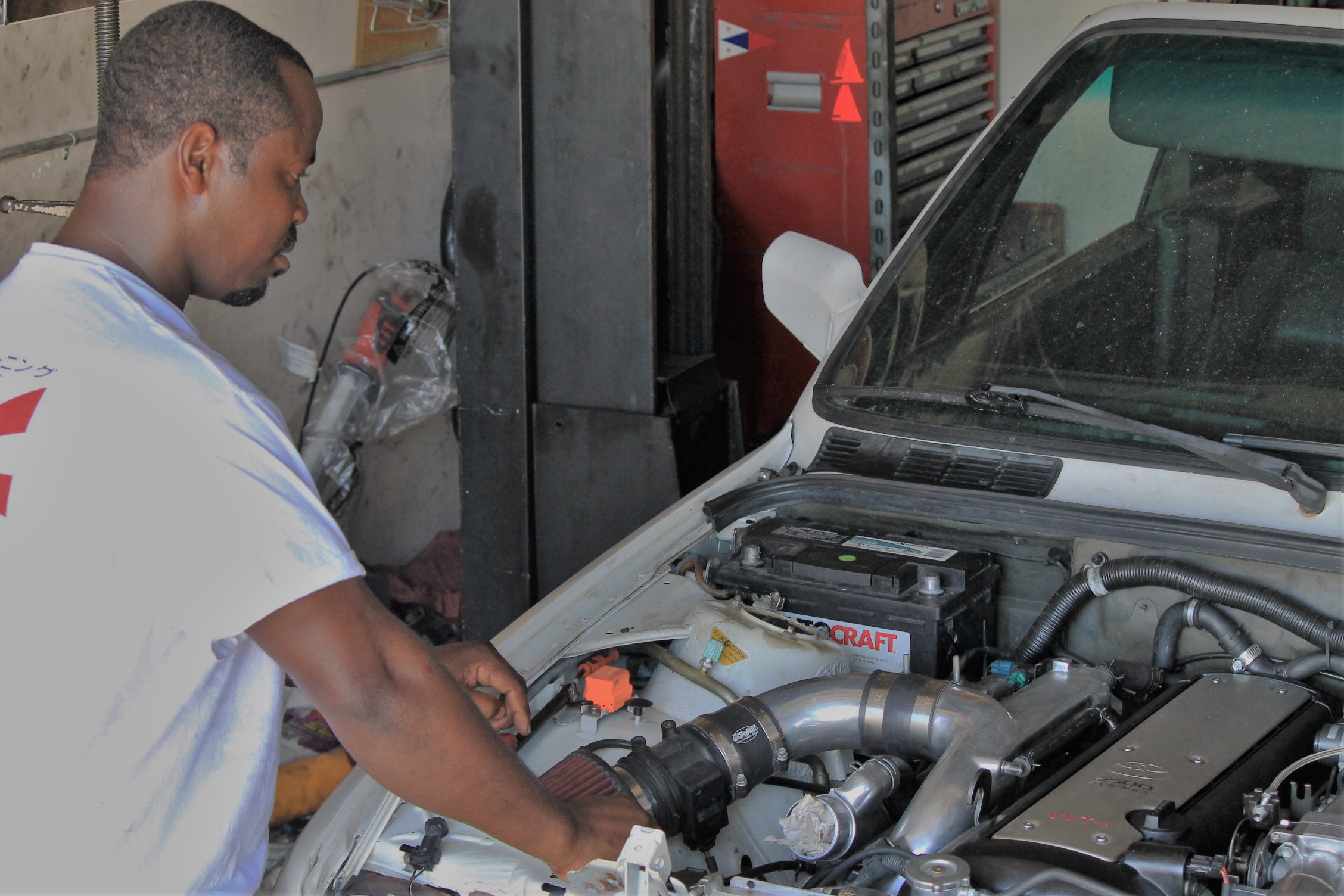 Down here in South Florida there are a few shops that are universally acknowledged as ‘reputable’ if you ask people that are in the know; Drag, AG, WRXperts and the topic of the day; Island Boy Tuning, also known sinply as IBT.  Started in Plantation, Florida in 2006, tucked away in a row of bays off of Peters Road, it was a bit hard to see from the street, or even know it’s there unless you’re already looking for it. For all the initially perceived clutter within, the shop is immaculately kept in order. Seriously, you can eat off these floors (Disclaimer: probably not a great idea to eat off any floor)!

Walking into the left side of IBT, which encompasses four bays, you’d probably scoff at the shelves filled with random ‘dirty’ alternators, oil pumps, and starters, not to mention the smattering of complete engines decorating the space. That is until you realize it’s not so random. Everything is in its place alongside others of its kind and that those power plants are all fully operational. Who created this controlled-chaos? None other than Jamaican born, Landris “Tony” Folkes the mechanic, mastermind, Renaissance-man, and the proprietor of IBT.

I have to admit, when the idea of featuring IBT was brought up, I recognized the shop as a place that builds and maintains some sick Hondas. That short-sighted view was quickly put to pasture, and not just by the three 1JZ-VVTI engines within the shop (one of which was quietly nestled inside the body of a white 94’ BMW like it belonged there), but by Tony himself that wasn’t shy about making sure I understood that he’s not just a ‘Honda guy’. After seeing some of his past projects, such as a one-thousand horsepower Supra that he built from the floor up himself, to refer to him as ‘just a Honda guy’ would be paying him a disservice. With that said, he still builds and maintains some sick Hondas!

As Tony walked my photographer and me through some old projects and talked to us about his sixteen-year long career as a mechanic which humbly began in the driveway of his home in 2004, I gradually realized that this gentleman truly loves what he does. He lives and breathes for it. Assuming the IBT logo tattooed on his forearm didn’t say enough, that is. It’s not about the money at this point. He takes great pride in what he does.

The fact that IBT has survived as long as it has while others have come and gone, is a testament to that. While showing us how he’d rather take the time to gravity bleed a radiator, than taking shortcuts, he simply proclaimed to us that he ‘gives a damn’ about what he puts out on the road. It’s a fact that’s also well known to his customers and peers. When asked if he has any designs on competing at track events such as Street Racing Made Safe’s ‘Top 10 List’, he laughed and confessed to us that any time he finishes a build for himself or as a showpiece for the shop, he immediately receives offers on it, often before it’s even complete.

That was exactly the case with the aforementioned 1156whp Supra, as well as an IS300 wagon love project that he converted to a manual transmission. If that wasn’t enough ‘wow factor’ for a potential buyer, Tony then dropped in a 1JZ power plant and custom installed a pair of Supra brake calipers. A feat that he nonchalantly referred to as “easy”. Tony doesn’t limit himself to South Florida, or even this hemisphere. He habitually travels to the Land of the Rising Sun to source his own engines and other sweet, sweet, authentic pieces of JDM goodness. Walking the streets there, Tony was surprised to find that his YouTube antics of starting engines on the floor of his shop had garnered him some measure of fame among the tuner community there. “One time, while I was out buying, some guy came up to me with his phone…” Tony remembers “it was me on YouTube cranking one of my motors!”

Tony is as enthusiastic about building monsters as he is maintaining the IBT culture, which I can honestly say is beautiful to witness. During our visit with him, he invited a couple of friends, who, in reality, are customers, but you wouldn’t guess that by the way they talk and joke around. Everyone that was there seemed more like family and old friends. The only thing missing was a grill and a drunk uncle’s inaccurate tales of yesteryear. Frankie Lugo, the proud owner of a 2JZ-swapped, IS300, built by IBT, makes the drive all the way up from Miami, as he refuses to let anyone else touch his car.  “I met [Tony] through my brother…” Frankie recalled. “He had an Accord with a Prelude motor, a swap he told me Tony did in a single day.”

When Frankie visited IBT for the first time and met its proprietor, he described Tony as being down to earth. That he took the time to explain everything he could do for him, and his then stock Lexus, sporting nothing more than a K&N filter. “He didn’t try to sell me on anything.” From that point, it’s all history. The two collaborated on building one of the most unassuming sleepers this side of the Pacific Ocean. “I trust him,” Frankie remarks. “My wife and I may be relocating in the near future, further up the East coast… I’ll ship my car to Tony. It’s more than a client/ customer relationship.”

That kind of loyalty doesn’t come cheap. Scrolling through Facebook reviews, you’ll find nothing but shining testimonies of satisfied customers and not just from the tuner community. He lovingly performs maintenance on everyday commuters with the same fervor he does 1000hp highway-killing machines. Being an IBT customer comes with more than a guarantee of first-rate service. It includes an invitation to become part of the family. Even with lasting success and a laundry list of incredibly built cars Tony, remains humble and welcoming to new customers and challenges. Something that other equally fruitful establishments can forget from time to time.

“My first car was an 88’ Civic DX… I respect the guy who owns a hatch’ the same way as another with a GTR because, at one point, I was that guy.”

Since the writing of this article, Tony and IBT have moved out of their Plantation digs and journeyed a bit south to the Town of Davie and settled into a new 4000sgft facility, located at 5420 W State Rd 84 #2-6 (Davie, FL 33314). Do yourself a favor and go check Island Boy Tuning out! 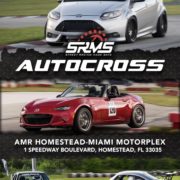 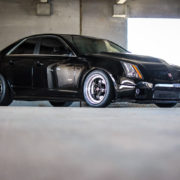 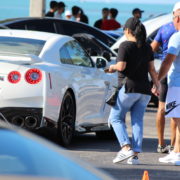 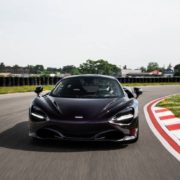 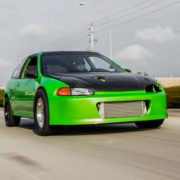 Street Racing Illustrated | Behind the Wheel with "The Incredible Carlos Recinos" 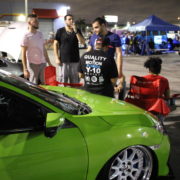 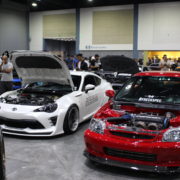 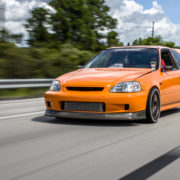 There are no upcoming events at this time.

Street Racing Illustrated | “For the Love”